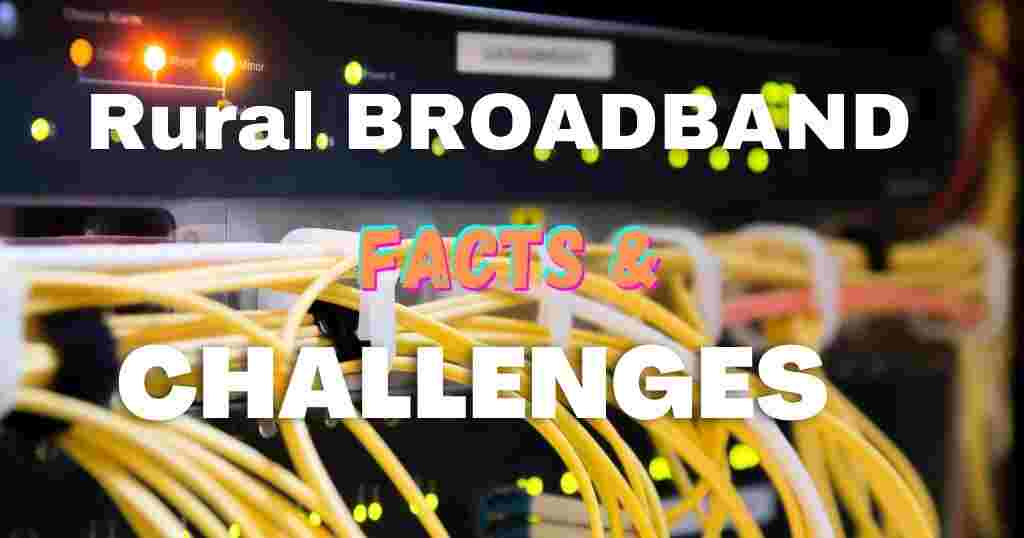 Your connection to the internet is broadband. It offers high-speed Internet as compared to dial-up.

Mountains and other terrain act as a hindrance or tonet access. In rural areas, wireless internet service is becoming increasingly common. Here the Internet is delivered by service providers over radio frequency via antennas.

In this technology, data is carried on a conductor that is also used simultaneously for  AC electric power distribution at the same time to consumers.

It is also called power line communication or power line carrier. This type of technology is needed in a wide range for different applications such as home automation.

One of the main objectives of this network is to provide faster Internet services in rural areas. It is not always cost-effective. It improves the reliability of the access link. Its service turns up is also fast according to which a customer can install hybrid access networks immediately and can use the wireless leg during the installation of the wired part by the network operator.

Communication satellites providing Internet access is one of the most important rural broadband facts. They offer relatively high data speeds. Gateways are the ground stations that propagate Internet data to and fro from the satellite using various techniques. These ground stations serve data to each subscriber with the transceiver or small antennas.  The modem is a device at the user end that connects the user network with the transceiver. So rural people have to purchase modems only and can get rid of rural broadband challenges.

Internet services provided by WISP(Wireless internet service provider) with a network based on wireless networking is termed terrestrial wireless internet. WISP proved as a boon for the rural environment where digital subscriber lines and cables are not available. They, with their advanced technology, beat the speed of telephone systems and legacy cables. They build backhauls to the centre of the area where they wish to serve. Backhauls are built at the elevated points in the area, such as radio towers, tall n buildings, water towers or grain silos.

To get rid of rural broadband challenges mobile internet plays a crucial role in accessing worldwide services through mobile and other wireless networks.

Parts of the radio spectrum are used in this technology, known as white spaces. These spaces provide rural broadband access similar to that of 4G mobile. They create some range of frequency when gaps are created between television channels. Namibia, Jamaica, the Philippines, Tanzania, Colombia, the United Kingdom, Taiwan, and the United States are some of the countries where Microsoft is advancing White space technology. Cape Town and South Africa are the two where Google has decided to push the white space technology.

Challenges that are raising problems for rural broadband are given below:

Hills, mountains, lakes, rivers and forests are the physical barriers for rural areas. These barriers just robust the internet services in rural areas. Power lines and sensitive equipment may get affected in autumn due to leaves falling.

Water acts as a hindrance to wireless frequencies. Natural forests and trees are just beginning interruption of such a type of barrier. Wireless Internet signals may be affected due to the presence of plants on farms.

Increasing Demand for Telework and Telehealth

Access to telehealth facilities is limited in rural areas. Providing advice online regarding health is a challenging task. This challenge becomes even worse, without high-quality video links. People who work in rural areas have to face a lot of problems due to slow internet or no Internet.

Smaller internet service companies have to struggle more in rural areas because they do not have any options. Building more infrastructure seems impossible for them and hence company growth is limited in rural areas.

Rural broadband challenges can be solved using the following ways:-